It's been a while since our last neighborhood meeting, which took place at the library and was organized by Matt Dudek as part of a project for his program in urban planning at UNC.

As Frank Pokrass of the Blooming Garden Inn said in an email: "This is an important meeting, especially in consideration that it's been less than two years since our very first meeting which started it all at the library."

The meeting focused on brainstorming to create a list of neighborhood issues we are most interested in seeing the city address, but it began with an update from Wendy Clark of Lewis & Clark Community Developers, LLC about progress at the John O'Daniel Business Center. Renovations began at 801 Gilbert St. in September and they expect to open in mid-April. The center aims "to see strong neighborhood commercial activity restored, in the form of businesses owned and operated by those within the community." Resources will be available to assist those starting up small businesses, office space rental rates are reasonable, and about half of the 22 offices are still available.

It was decided that neighborhood meetings would be held every other month, with informal gatherings scheduled on the off-months.

A few folks slipped out before the group photo, but here's most of us! 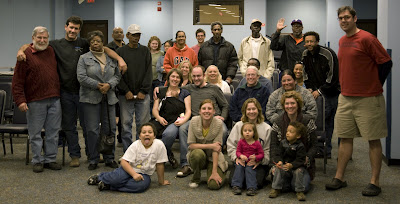 This is a reminder that we will be cleaning up a portion of Ellerbee Creek on Primitive Street between Gurley and Oakwood THIS SATURDAY the 25th! The city will be providing gloves, bags, and other garbage picking accessories. The neighborhood will be providing hot dogs, veggie-dogs, and soda! If you can bring a side to share that'd be great!

WHAT: Neighborhood Creek Clean-up & B.B.Q.!
WHERE: Primitive Street, between Gurley and Oakwood
WHEN: This Saturday the 25th, 10AM until ?
WHY: 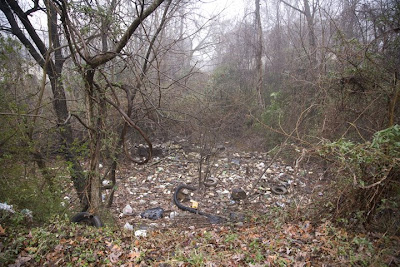 (p.s. Good news - the city went ahead and gave us a head-start, pulling some of the larger items out with the help of some neighbors.) 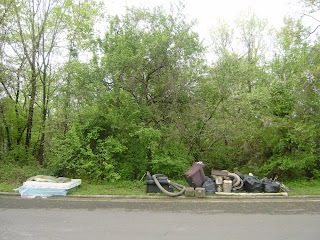 Also, at the very least any garbage smells will be balanced out by the sweet smell of wisteria growing rampant right now! 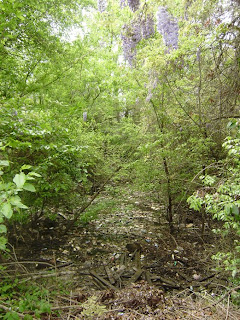 If anyone else knows of vacancies and wants to post them, email Clevelandholloway@gmail.com.


Posted by Cleveland Holloway Neighborhood at 11:05 AM

Email ThisBlogThis!Share to TwitterShare to FacebookShare to Pinterest
Labels: Activities, Homes for rent